Top 10 Reasons To Choose Swift For App Development in 2022 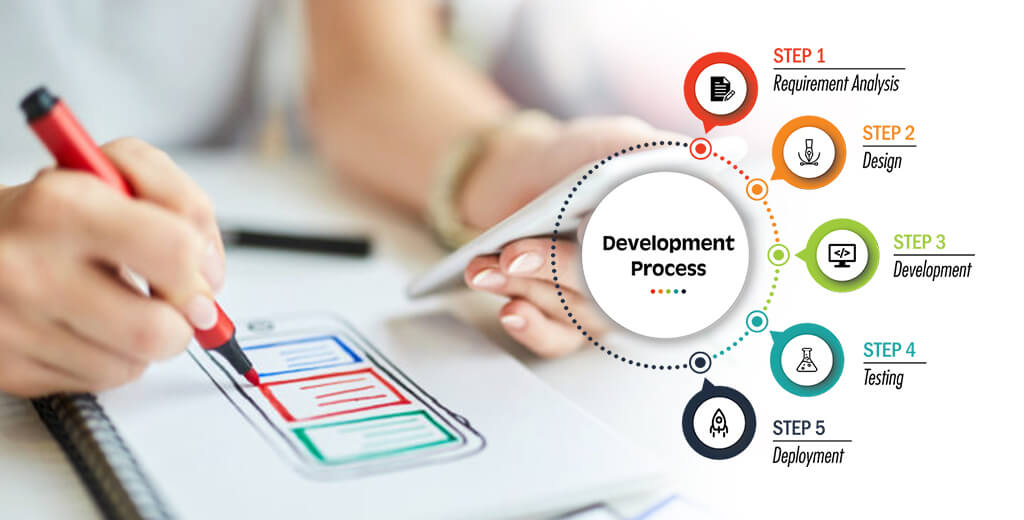 Swift has brought a significant change in the iOS app development industry. It is an extremely intuitive programming language for Apple operating systems such as iOS, macOS, and watchOS.

The language has given new opportunities to entrepreneurs to make their idea work that was impossible before and they can build apps with Swift in an easier and faster way. Earlier iOS app development was time-consuming, challenging, and app crashes were higher.

According to Apple, building apps with Swift are almost 2.6x faster than Objective C app development.

Why choose Swift for App Development?

Swift by Apple is a programming language for iOS, watchOS, and OS X that can assist in developing apps that run flawlessly. iOS app development with Swift guarantees steady and secure coding. It effortlessly removes all unstable code classes and guarantees to create a protected environment to create a reliable solution. 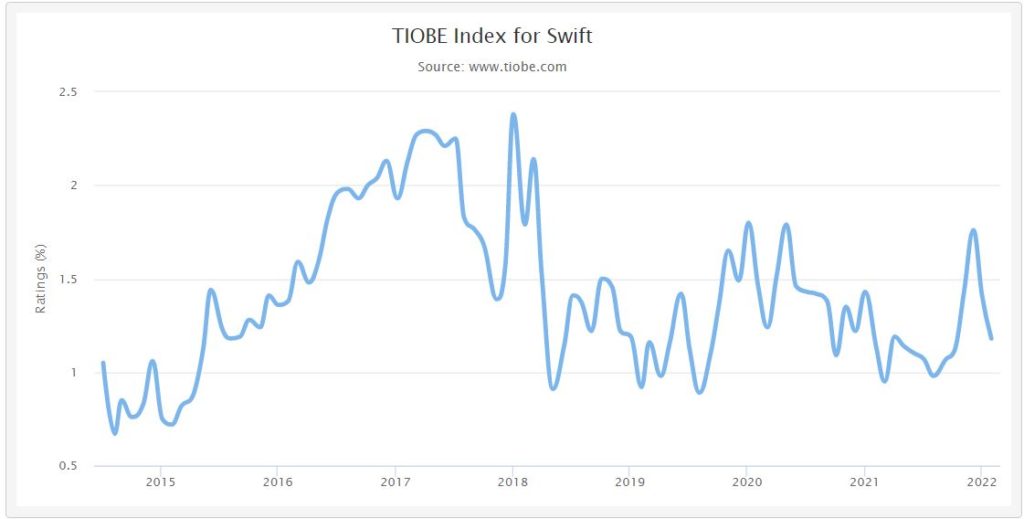 If you are thinking to build apps with Swift for iOS development, you should first know the Swift features and benefits and how to make an app with Swift? Let’s dive deep into the features of Swift language and its uses. 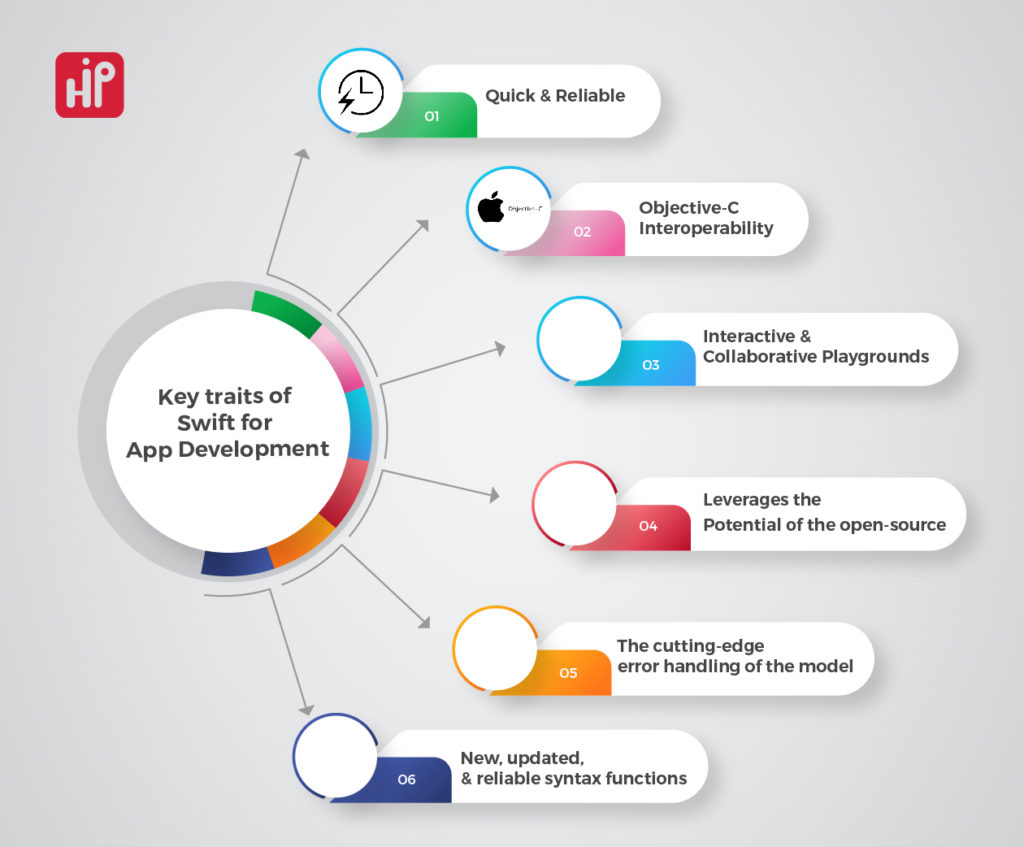 Owing to the precise but expressive syntax, Swift enables developing iOS apps easily. The benefits of the use of Swift for app development do not stop there. Let’s look at the top reasons why most mobile app development companies build apps with Swift.

Programming languages utilized in app development require complicated command lines for complex solutions. Swift, on the other hand, is concise and may reduce LOC, making programming more efficient and quicker.

Since fewer lines of code are required for complicated tasks, code re-usability is excessive. Thus most of the time is saved since app developers can remember which part of certain code may be used without any change in every other element or maybe project.

Objective-C formerly used for iOS app development substantially had one big problem. The language’s ability to evolve was a difficult challenge because it was a subset of language C and may only grow after the language C.

Owing to the same reason, iOS app developers needed to maintain two files to enhance build time and efficiency. On the other hand, Swift combines the Objective-C header and implementation files into+ a single code file. Another biggest flaw of Objective-C became that we should synchronize technique names and remarks among documents manually.

In this situation, Swift programmers can use this time to create app logic, enhance the quality of their code, etc.

Swift has the potential to create cross-platform apps for iOS/OS and Linux. The biggest possibility is to use it inside the Linux environment which Object C isn’t available.

Another aspect in which Swift wins is its potential to manage data at a quicker pace. Swift makes use of LLVM for optimized native codes as well as OS. Developers get the possibility to rewrite numerous groups as structures.
As a result, the tasks take much less time than Objective C.

One of the biggest advantages that Swift for app development gives to any mobile service provider is that it is able to work in an interactive environment, and the app developers can see the result while coding. It means that any mistakes in coding may be visible and rectified in the coding level itself.

If you’ve got any loops within the code you are writing, you may see it in the timeline panel where variables are being calculated.

Swift has one of the quickest algorithm calculation metrics, and the operations for the language are a lot quicker.
Swift allows developers to apply generics and high-order capabilities, and so, codes are indeed clean as well as reusable and thereby save plenty of time.

In 2015, Swift was declared an open-source, which transformed the language’s face to a great extent. After the declaration, Apple allowed swift for use for diverse purposes.

Since Swift is open-source, it’s constantly smooth to improve the codes, track the bugs, and create the email list. Apple additionally gets feedback from the network and has been making modifications accordingly. Swift also helps Linux-based systems making the platform diverse.

Thanks to its more improved typing system and error managing capabilities, an error that takes place in Swift programming is much less in comparison to that of Objective-c. It’s glaring that safety was the major problem in developing any such robust language.

Owing to the quick feedback loops and the error monitoring functionality, developers will be able to instantly see the errors of their coding.

9. No Clogging of memory

Swift is light, as it has dynamic library support. Since static memory is absent in Swift, there won’t be a problem of memory clogging up.

And additionally, dynamic libraries generally tend to have the simplest one copy, and thus, the footprint also can be drastically reduced.

Playground allows developers to test a brand-new algorithm while not having to create an entire app. For this, iOS has introduced inline code execution to assist coders in developing a mass of code or algorithms while receiving feedback along the way to improve the iOS development process.

The feedback can enhance the rate at which code may be written with the assistance of information visualizations. Playgrounds and Swift collectively propose Apple’s efforts to make the development procedure less complicated and more approachable.

There are so many advantages of using Swift for iOS development and this is the reason tt has quickly become the main programming language for developing engaging, user-pleasant mobile apps.

Get a free consultation from Hire Indian Programmers for your Swift or iOS Project. Our highly qualified and experienced team will discuss your unique requirements in-depth and build an application with swift on time and at the budget, you can afford. Contact us now and discuss your ideas.

Top 22 iOS Developers Skills to Look for Before Hiring

Swift Vs. React Native: Which One Is Better To Choose When Developing Your App for iOS?

The Pros and Cons of Native Apps