GOLang Vs Node JS: What to Choose for your next Project? 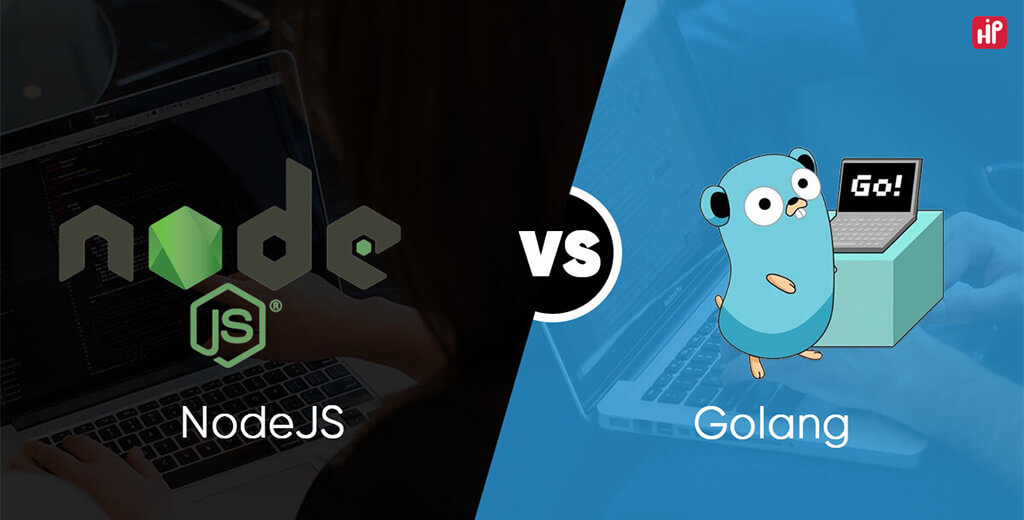 Go Lang and Node Js – these two technologies are considered the most promising backend technologies by the developer community worldwide. They both were first released in 2009 basically to develop server-side and networking applications. Go and Node.js are insanely fast and they are both good with multi-threaded programs (parallel programming).

GoLang is today’s top-most popular programming language. It offers top-of-the-line productivity, as well as multi-core power. Contrary to Go, Node equips developers with a complete development environment along with all the tools they need to achieve their goals. In order to make an informed decision, we should be aware of the pros and cons of each language.

It is written in C, C++, and JavaScript and runs on Google V8 Engine (A virtual machine with a built-in interpreter, compiler, and optimizer which compiles JavaScript functions into machine code) well known for its speed and performance.

Node.js is an open-source, cross-platform, back-end JavaScript runtime environment that
runs on the V8 engine and executes JavaScript code outside a web browser. Wikipedia.

Pros and Cons of using Node.js

There are some strengths and weaknesses to Node.js, and we’ve discussed them below, in order to figure out which projects may benefit from it.

The first Node.Js advantage that makes Node.js a great choice for most developers is its Java heritage. It is most popular right now with millions of free tools, a highly accessible library, and an active community. Currently, there are more than 400 million downloads and thousands of free tools in the package module

1. Reduces Time to market apps: time to market is one of the essential benchmarks of quality and performance for many. Since Node.js is lightweight it enables developers to accelerate the overall development speed.

2. Libraries: Highly extensible library, ready to use codes and other resources from GitHub which in turn saves a lot of coding time and effort.

As a matter of fact, The eBay team quickly embraced node.js advantage by adding it to their stack, since they wanted the application to be ultra-fast and manage live connections with the server in real-time. The Node.js framework proved to be the ideal resolution to handle a large number of data to display in microseconds.

4. Concurrent request handling: Since Node.js is providing the options of non-blocking I/O systems, it helps us to process requests simultaneously.

5. Ease of learning: Most front-end developers know JavaScript since it’s one of the most popular languages.

Walmart benefited immensely by replacing its legacy systems with the deadly combination of microservices architecture and Node.js. The retail giant saw an instant growth in overall conversion of 20% and a 98% boost in mobile conversion. In addition, not only did they save 40% of the computing power, but they also slashed costs by 20-50%.

7. JSON support: One can use JSON to provide the scope for the exchange of data between the web server and the client. It has its built-in API for developing HTTP, DNS, TCP, etc… servers

8. Better performance: Multitasking without clogging RAM and its event loop and non-blocking I/O allows code execution at a pace both of these make Node.js highly performing.

9. Full-stack JS: Due to its full-stack JavaScript capabilities, Node.js can serve both client and server-side applications. This saves time and money since we don’t need to hire separate developers for front-end and back-end work.

By using node.js, LinkedIn’s development team was able to reduce server counts from 30 to 3. They also realized that resource delegation and utilization were more efficient since they were no longer focused on troubleshooting but instead were able to focus on application development.

10. Customized requirement: Node.js can be easily extended and customized for rapidly growing enterprises.

PayPal had a phenomenal 2013, as it processed $451 billion worth of payments in 2013 and had over 244 million active users at the end of the year. It was then that PayPal replaced Java with JavaScript and Node.js. The result was a significant reduction in page response time by 200ms and a huge increase in the number of requests they could handle.

11. Cross-platform: It can run across Windows, Mac, Linux without editing the code.

12. Extraordinary tech stack: It is a part of a popular MEAN tech stack ( the combination of MongoDB, Express.js, Angular, and Node.js – four tools that handle all crucial aspects of web app development) and this is the reason some experts assume that Node.Js is the future of web development.

GoLang is a procedural, multiparadigm, open-source programming statically typed, cross-platform, a lightning-fast programming language created by Google developers (that were unhappy with existing languages.) in 2009. It incorporates the best features of other programming languages, it is similar to C, C++ in terms of performance and security and it combines the speed of python. According to the words of Rob Pike “Go is supposed to combine the safety and performance of statically compiled languages with the lightness of dynamic RTP’d ones.”

Pros and cons of GoLang

It is no secret that GoLang programming language usage has grown rapidly in recent years. It seems that nearly every startup is using it for backend systems. There are many reasons that developers find it attractive, while there are a few points that make it less liked among programmers

According to the TIOBE Index for GO, there has been a steady increase in the popularity of the Go language, it has gained one position more than the previous year. Securing its place at number 13.

1. Open Source: it is very important for a programming language to be open source to become better, cleaner, and more efficient. If a code has defects GoLang developers will detect and eliminate the problem.

2. Learning curve isn’t steep: it’s easy to learn Go as it looks almost similar to other languages learned. The documentation is also easy.

3. Incredibly fast performance with heavy loads: Simple structure and syntax, devoid of class and inheritance, mainly works with functions so it’s simple and fast to learn. It is compiled so it provides faster feedback hence saving time and money.

GoLang is used by Daily Motion to automate API calls and end-to-end test cases. It is fast and powerful, so they choose GoLang for automating huge volumes of testing. Most backend projects are in GoLang because of its performance, static type checking, and simplicity.Even Twitch is using a combination of C++ and GoLang for delivering high-quality video streaming.

4. Ease of concurrency: with this open-source programming language concurrency is tractable and very easy. Requests are processed faster, freeing the resource for the network.

Uber which earlier used Node.js and Python has recently migrated to Go owing to its concurrency, and Go Memory model. They got high performance in throughput and latency. The response time was <5ms at the 95th percentile, and <50ms at the 99th percentile. They have written the Geobase program using GoLang.

5. Cross-platform: It can be compiled cross-platform to Windows, Android, Linux, and many more.

6. Easy Compilation: As Go has no virtual machine, it compiles directly to machine code.

7. Collecting Trash: The language makes it easier for the developers to perform activities like memory management by handling all runt work by itself.

8. The richness of the library: as it is adapted from C, C++, Java it has almost a collection of libraries similar to that of those.

9. Scalable: As it was designed by Google it was designed with scalability in mind and has many built-in functions to handle concurrency. An application can be scaled using Goroutines and Channels.

SendGrid’s earlier used python/Twisted has now switched to GoLang and they need to send over 500 million messages a day and they need a highly customizable, reliable, and scalable API. (Medium)

The fabric used GoLang for easy linear scaling and simplicity of code.

10. Cloud designing: Microservice and cloud computing are two great uses of Go. It is lightweight and cross-platform. Moreover, it compiles really quickly. So it is said to the language of the cloud.

Given its nature, Go is best suited to projects with growing user numbers and a large volume of requests.

What is Nodejs Vs GoLang Used for?

“Node JS is not a language but a runtime environment for Javascript,” which is useful for developing applications that require a persistent connection from the browser to the server and is often used for real-time applications like chat, news feeds, and web push notifications. It is intended to run on a dedicated HTTP server, the applications are event-based and run asynchronously.

GoLang is a procedural, multiparadigm, open-source, cross-platform, lightning-fast programming language created by Google developers in 2009 (dissatisfied with existing languages). Consequently, it combines the best functions of several programming languages, has similar performance and security characteristics to C, C++ with the speed of Python.

According to IEEE spectrum, the overall rating for Go is 8th where it is mostly famous for web as well as enterprise development needs, while that of JavaScript is 5th mostly for web application development. 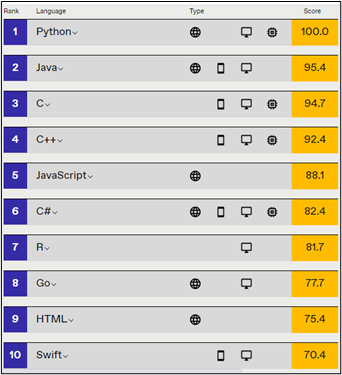 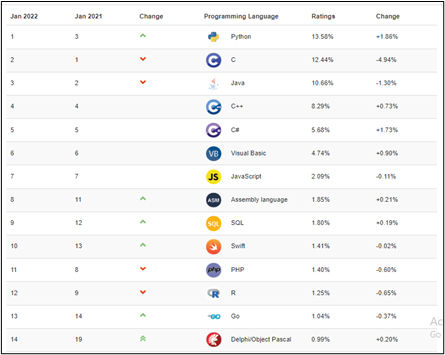 With the continuously changing requirements companies tend to switch to the latest or up-to-date tools and technologies in order to achieve the best performance. Below are some ‘BIG NAMES’ that adopted either node.js or GoLang depending upon their backend requirement. Some even migrated from node.js to go and vice versa.

Both Node.js and Go have distinctive advantages and disadvantages below. We have tried to highlight the differences depending on different parameters like architecture, speed, extendibility, error handling, syntax, universality, learning curve, and where to use.

Although Node.js and GoLang are very different technologies, both are excellent choices for building robust and reliable backends. In development charts, Node.js often tops the list, but Go isn’t far behind. Both are renowned for their scalability, efficiency, and reliability. Node.js lacks concurrency and shows a decrease in performance where computing is required, Go seems less effective with real-time data streaming and intensive data processing.

Node.js is based on JavaScript and acts like a complete package (frontend as well as backend) while the use of Go is restricted to backend development only (one needs to hire an additional developer for the frontend). So before choosing any of this language we should strongly take into consideration the pros and cons of GoLang and Node.js

Node.js vs PHP: Which is better for backend development?

NodeJS vs AngularJS: Which is The Best For Your Project?

How much does it cost to hire a programmer?

How to hire a programmer for a startup?