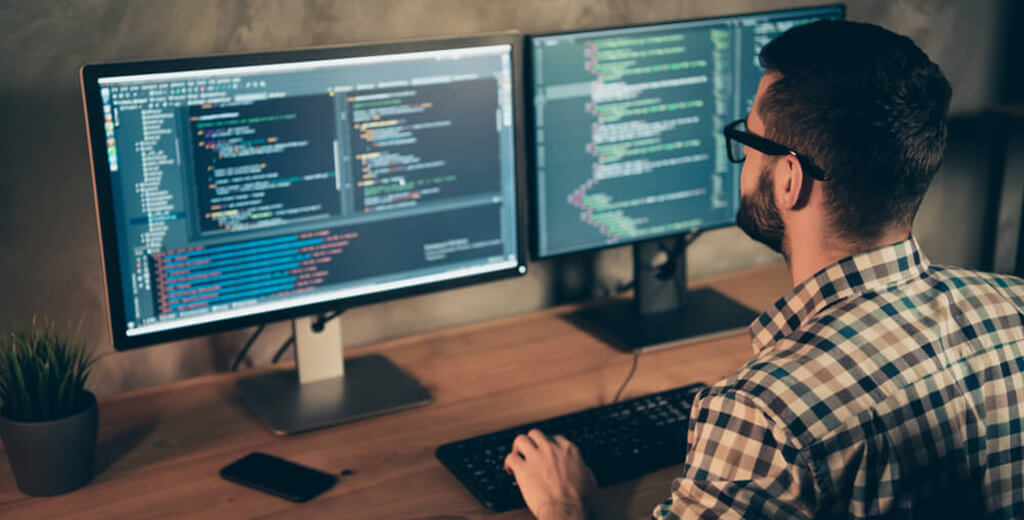 The frontend of a website plays an important role in attracting and retaining customers to buy client’s products and services. It is not only important from a brand perspective but also plays a functional role right from accessing content to payment checkout. In that respect, clients would need to hire a programmer that accords prime priority in choosing the right and most effective framework. There are several front frameworks in the market but there are only a few that really make a mark in terms of quality and reliability. After all, what more does a developer want?

In this blogpost, we will take a look at some of the better and prominent frameworks that are also typically popular amongst developers. While every framework has its pros and cons, developers would do well to be informed of the client’s project requirements so as to select the most appropriate framework. Sometimes, it may be that the project may not be too complex which removes the need for using a sophisticated framework.

Let us start with the most widely used framework – Bootstrap.

Most developers would be familiar with Bootstrap for it is known to help building superior websites for a long time. In fact, even some clients come back to us to use Bootstrap for their next website or allied websites, because they prefer it for the intuitive interface the framework promises and delivers. Bootstrap is also a modular and mobile first framework – meaning that selective components can be deployed and adapted to the mobile ecosystem. Perhaps, the greatest advantage of Bootstrap is its open source credential, exhaustive resources and the availability of powerful plugins that developers really need to develop a decent website.

Next, we have Foundation. Developed by ZURB, this framework delivers true to its name – builds a strong foundational frontend framework. It enjoys patronage by many big websites like Facebook, Ebay, National Geographic and so on. With good documentation, developers can get started easily with frontend development. Foundation proclaims to enable developers to design for any medium – be it mobile or desktop – and with a constantly increasing set of resources and templates, one can even build dedicated mobile first websites.

Third on our list is UIKit, a very light and modular framework developed by YOOtheme. Having a set of ready to use and customisable components, it is for those developers that want to get into manual mode and develop fast, powerful websites. Also advocating the mobile first approach, it gives space for developers to create their own styles, taking inspiration from the framework’s community. Although not quite popular, developers can try this if they want to elaborate on a basic style and build upon it by innovative customisation.

We have other frameworks like Semantic UI and Pure (from Yahoo). While the former emphasises human friendly code using natural language principles the latter CSS framework advocates minimal footprint in terms of coding. Ultimately, it all boils down to the preferences, compromises, needs and wants, can-do-away with and cannot-do-away-with features decided by both the developer and the client jointly. Of course, we do have some basic guidelines that developers can follow to make their decision easier.

As many of us might be aware, this is an era of disruption. Almost in every field, there is disruption and web development is no exception. There is huge competition among businesses and therefore there arises a need to be the best in a consistent way which means that they need to be able to quickly grasp any new trends or customer preferences and adapt or adopt accordingly. Having said that, clients and developer would do well to choose that framework that is popular, evolving and one that an extensive documentation. Because, in our opinion, documentation can speak volumes about a framework – it reflects professionalism that guides developers to adopt their framework.

So which framework do you think would serve clients better? Leave us your thoughts with our developer team at HireIndianProgrammers.