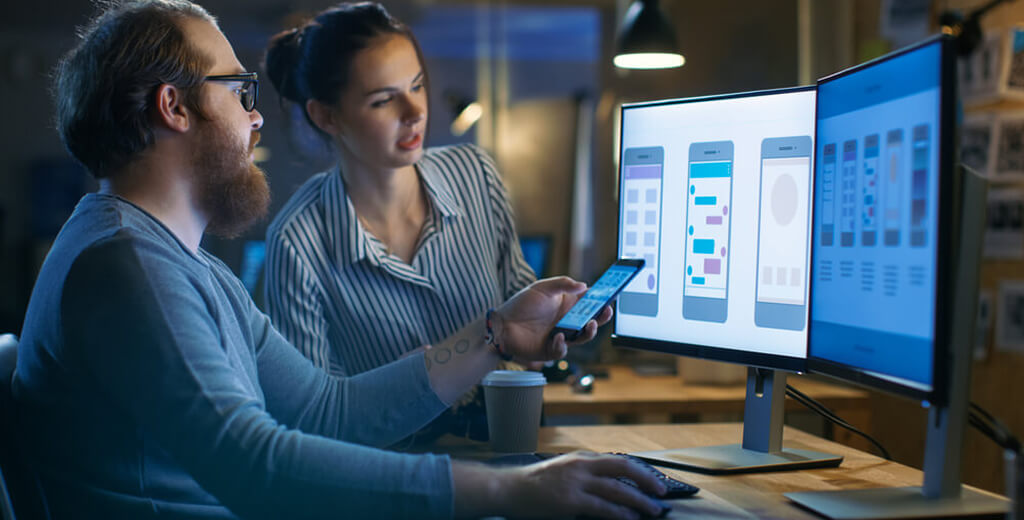 In recent years, there has been a spurt in the number of businesses in the mobile space. As part of HireIndianProgrammers, our developers have been undertaking mobile app development projects both in Android and iOS. With every complex project, our developers have found that many clients are most often underfunded. This leads to a struggle for developing mobile apps in an effective manner. The projects are delivered ultimately but often we find that they could have been achieved in a simplistic manner.

In this blogpost, the developer team at HireIndianProgrammers discuss the what-how-when of MVP and its associated benefits. Clients who want to start off in a small way, owing to a fund crunch, can hire an android developer to develop a MVP for their android apps.

What is a MVP?

An MVP (Minimum Viable Product) is essentially a bare-bones, no-frills approach to developing a mobile app. Some clients may be low on funds or may want to target and build on their small business. For example, suppose a client wants to start his own online cake delivery shop on iOS. He can then hire an iOS developer to work on an MVP, a prototype of sorts and then release to a selected user market called early adopters or evangelists.

In this kind of mobile app development, the biggest onus lies on getting valuable feedback on the most essential functionality, which is what makes the entire MVP. The clients hiring an android developer need to work closely with the developer team in deciding the vital features, how to deploy them, round on a pilot group of adopters, arrange a medium for getting feedback from them and work on the subsequent development stages.

How to build it?

Our experience in providing mobile app development services enabled us to realise the importance of articulation and understanding of the client’s project. While building the MVP, the core purpose of the client’s business must be reflected in it. The next step is to locate the possible target segment – who is most likely to use the app and where are they largely residing. This must be found to start the pilot testing as they are a good representation of the larger target market.

The format for the MVP can be anything, again, it depends much on the client’s business that is hiring an android or iOS developer. It can be a basic application incorporating the essential features or it can be a landing page seeking feedback or it can even be an information page (text, audio, video) explaining the purpose of the application. In this type of mobile app development, developers have to tread cautiously to go full on with minimalistic development.

Clients hiring an android developer (or iOS) will do well to take seriously the feedback generated and deploy it in the final version. This is of course a continuous process. At the same time, in providing such mobile app development services, we have found that making sense of the different data – number of signups, number of users retained, specific feature data – will pay rich dividends in the course of developing the final version of the mobile app.

Clients hiring an iOS developer to build a MVP are most likely to save time and costs – both critical for a mobile app development project. Why? Because the stakes here are high. Developers need to take account of time-to-market criteria. Many a time, android developers can go off the path building a bloated mobile app and end up in failure to attract user downloads.

What’s more? There may even arise the possibility that users are more than satisfied with the early product (MVP) itself. No need for further development. It is sort of a quicker enhanced development driven by the users themselves. MVP, as an integral part of mobile app development services can lead to better targeted applications quickly. For instance, clients hiring an android developer to deploy a niche app, by going for a MVP, can reduce the uncertainties and increase the probabilities of success.

Hope you found this article to be useful.

Are you operating a business that hinges on mobile service delivery? You’re in luck. This is because our mobile app development services have an extensive array of features covering the entirety of mobile app development. So, when you think about hiring an android developer, think of us. For iOS too, clients can hire an iOS developer.

For further queries in hiring a programmer, contact our developer team here.